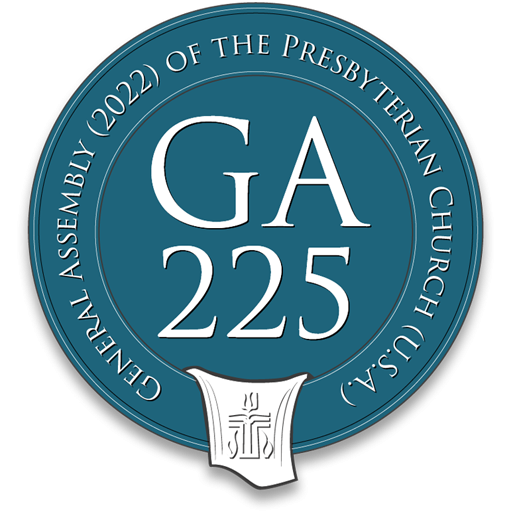 The Moderator Candidate Booklet is now available!  Learn more about the teams standing for Co-Moderators of the 225th General Assembly (2022).

Commissioned pastor, social worker, educator, human rights advocate — all describe Josefina Ahumada. She was born and raised in Los Angeles, where she lived with her parents, Benjamin and Carmen, and three brothers, Ben, Manuel and Feliciano. She moved to Tucson, Arizona, upon graduating from UCLA, where she received her MSW degree.

Josefina and her life partner, Helen Battiste, were married by their Tucson pastor in New Mexico (marriage was not an option in Arizona). In 2014, following cardiac surgery, Helen passed.  Unfortunately, Arizona would not issue a death certificate listing Josefina as Helen’s spouse. In response, she became one of the plaintiffs in the landmark case brought by Lambda Legal, Majors v. Jeanes, which struck down Arizona’s discriminatory marriage ban.

At her home church, Southside Presbyterian, Josefina served on the session and is currently the facilitator for the church’s worker center steering committee. Josefina was one of the founding members of the day labor program.

Josefina just completed a two-year term as moderator for the Presbytery de Cristo. She serves on the Presbytery Leadership Commission, Mission Committee, and Presbyterian Campus Ministry Board.  She served as moderator of the Commission on Ministry, and Committee on Preparation for Ministry. She is the chair for the Synod of the Southwest Hispanic Ministries Coordinating Committee and serves on the synod’s mid council conversation task force.

In 2019, Josefina retired from the Arizona State University School of Social Work, where she was on faculty and served 20 years as the Tucson Field Education Coordinator. She currently is an ASU field instructor and serves as a faculty member of the University of Arizona/Arizona State University Interprofessional Milagro program.   Prior to ASU, she practiced for over 20 years in the local public behavioral health system as a clinician and as a clinical administrator.

Josefina has served on various community commissions and boards, she currently serves on the University of Arizona Frances McClelland Institute for Children, Youth and Families Advisory Board and is chair of the YWCA board.

The Rev. Marilyn McKelvey Tucker-Marek was born in Fort Myers, Florida, to parents Wendy and James. At age 3, she moved to Montgomery, Alabama, where her sister, Hannah, would be born. Marilyn grew up in Immanuel Presbyterian Church, describing it as her “village church,” and saying the diverse congregation raised her.

Attending public school in Montgomery, Marilyn says the city’s history taught her the power of confronting the sins of the past and seeking a “more just present.” An attendee at Montreat Youth Conference, Marilyn reflected on the messages of keynote speakers like Bruce Reyes-Chow and J. Herbert Nelson, II, inviting young people to be the church of today.

Confirmed at age 14 and ordained and installed to a one-year youth elder term when she was 17, Marilyn began to look at what God was calling her to do and would return to Montreat to co-direct the college conference there. She would graduate from the University of Alabama and would spend part of that summer helping the town of Tuscaloosa recover from a devastating tornado. During seminary Marilyn served as a clinical pastoral education intern at St. Joseph’s Hospital in Atlanta, learning the power of offering a calm presence and safe space for those facing a health crisis or the death of a loved one. She would go on to receive a Master of Divinity from Columbia Theological Seminary.

Soon after graduation, Marilyn was ordained as a Minister of the Word and Sacrament and installed as the solo pastor at Forsyth Presbyterian Church in Forsyth, Georgia. She also served as founding pastor of UKirk campus ministry at Mercer University.

In 2019, Marilyn went on pilgrimage, walking the St. Cuthbert Way in southern Scotland/northern England and used the sabbatical to write a devotional book to accompany the path.

After her election to serve as the minister commissioner from Flint River Presbytery to the 225th General Assembly, she began sensing a call to stand for co-moderator.

Marilyn has been married to Ken Marek since 2014 and they have two dogs.

The Rev. Ruth F. Santana-Grace began serving as Executive Presbyter of the Presbytery of Philadelphia in February 2014, making her the first woman and person of color to be installed in their more than 300-year history.

Since joining Philadelphia, Ruth has been committed to reinvesting resources back into the local congregation — using proceeds from church closures or tragedies to replant, reinvest or revitalize transformative possibilities in communities faithfully leaning into this moment in time. Soon after arriving, Ruth launched the Ministry and Leadership Incubator — the umbrella equipping arm of the presbytery focused on strengthening congregational leaders and their ministries. She brings a deep conviction that God is creatively at work in our midst.

Prior to pursuing ordained ministry as Minister of Word and Sacrament, Ruth received a Masters in Public Administration and used her gifts as a “bridge builder” for more than 15 years — serving in Washington, D.C., and Rome, Italy. During this season of her life, she brought council members, mayors, governors and other state and municipal leaders together with their counterparts in Europe to discuss issues of mutual concern such as education, employment and economic development.

After graduation from Princeton Theological Seminary in 1994, she served as Associate Pastor for Adult Discipleship at First Presbyterian Church in Bethlehem, Pennsylvania, where she connected the teachings of Jesus to the challenges and realities of daily life. In 2005, her call to ministry would pivot as she embarked on a new kind of bridge-building, serving as Executive Presbyter of San Gabriel Presbytery in Southern California. She had the privilege of walking alongside 44 churches officially worshiping in 11 languages in the eastern-most region of Los Angeles County.

Ruth has been described as linguistically trilingual (speaking English, Spanish and Italian) and theologically bilingual, embodying a commitment to bringing people together of different cultures and theological perspectives. She serves the larger church on two national boards: Princeton Theological Seminary and The Presbyterian Foundation.

A lover of writing, Ruth is the author of “Spirit Soundings” — regular reflections sent out to the presbytery. She was one of the featured women in Princeton’s published book “Faith of our Mothers, Living Still: Princeton Seminary Women Redefining Ministry.” She has also authored articles for commentaries and is an invited preacher and speaker to conferences and retreats. When Ruth is not working, she can be found swimming in her pool or walking the beach — a spiritual discipline that has sustained her for more than a decade.

She is married to the Rev. Dr. Edward Santana-Grace and they are parents to two sons — Dakota, who works for an international management consulting firm, and David, who works in the fitness industry in Italy. They are grandparents to Mia, 11, and Sophia, 7, who live in Virginia with their mom, Lani; and Talia, 9 months, who lives in Italy with her parents, David and Benedetta.

The Rev. Shavon Starling-Louis was born and raised in St. Petersburg, Florida, and is the daughter of Trinity and Lakeview Presbyterian Churches. She graduated from St. Leo University with a degree in Psychology.

Shavon discovered her call to ministry while working as a church office administrator, campus ministry intern and ecumenical community organizing office administrator. She received her Master of Divinity from Columbia Theological Seminary with Honors in Practical Theology.

Shavon organized the establishment of The SPACE (Sanctuary for Prayer and Creative Expression) and has been active in national leadership roles in the denomination. She served on the Leadership Innovation Team for the Presbyterian Mission Agency – NEXT Church, the National Committee for the Self-Development of People and as co-creative director for GA225 Worship.

She has written numerous articles and faith formation curriculum for Christian publications, served as church leadership consultant, facilitated workshops and collaborative learning spaces, and is a certified antiracism facilitator. Shavon is also in demand as a conference preacher, having participated in Montreat’s Youth Conference as well as MoRanch Women’s Conference.

She is married to Kirk Louis and shares two children, Sariah and Kamden.